Nassau County's central control of traffic signals was initiated in 1972 with the installation of the first-generation central computer in Mineola. At that time 108 signalized locations were chosen to improve coordination along five County arterials. The program was considered a success, and the decision was made to fund a system expansion. Today's fourth generation traffic signal control system is located at the Traffic Management Center (TMC) in Westbury, New York and communicates with nearly 1,000 of the County's 1,700 traffic signals utilizing over 200 miles of underground and overhead copper and fiber optic communications cable. In addition to traffic signal control, the TMC maintains control over approximately 90 traffic surveillance cameras, travel time signing, and has plans to install approximately 40 Variable Message Signs (VMS) along County arterial roadways.

Under the supervision of the public works commissioner, the TMC utilizes Intelligent Transportation Systems (ITS) equipment to manage traffic flow and improve the safety and efficiency of the motoring public by providing information regarding planned and unplanned incidents, roadwork, and other events. The County's Traffic Incident Management program implements coordinated on-street congestion mitigation techniques in order to alleviate delays and congestion during events that disrupt traffic flow. Some of the equipment utilized includes portable traffic signals, portable VMS signs, portable traffic cameras, portable highway advisory radio trailers, and traffic incident management response trailers loaded with deployable traffic control equipment. The Operators at the TMC play a key role in managing the flow of information both in and out of the TMC. The TMC Operators follow incident management procedures to determine the severity level of incidents and the appropriate response.

One of the prime sources of information comes from thousands of electronic speed sensors embedded within the roadway. Speed sensor information is transmitted to the TMC and displayed in map format on the video display wall. Using preset thresholds, the TMC Operators can easily identify traffic congestion areas. Once the incident is identified, the TMC Operators then determine the best course of action based upon pre-established policies and procedures. The TMC Operators can follow a number of actions such as notification of Fire/Police and Road Maintenance, and may also deploy any number of TMC field assets. The Operators then use TMC resources to support the response to incidents occurring on major and secondary roadways. Once the incident has been identified, and the appropriate emergency services have been notified, the TMC Operators then make notification to our traffic management partners in New York City, Suffolk County, NYSDOT, and Transcom as needed.

When multiple incidents occur at the same time TMC Operators prioritize responsibilities and response. Communication between TMC Operators is necessary in order to efficiently optimize response. When prioritizing response, the Operators consider the location and severity of the incident, and then monitor the incident for any change in conditions. The Operators may post information on ITS notification devices and social media pertaining to the extent of the delays and congestion. These messages may also suggest use of an alternate route.

The TMC Operators play an important role in coordinating incident management by keeping traffic moving efficiently, minimizing delays, preventing additional incidents, and reducing the negative impact on our roadway system. With continued support from FHWA, Nassau County continues to advance and expand the capabilities of the Traffic Management Center for the betterment of traffic movement throughout Nassau. 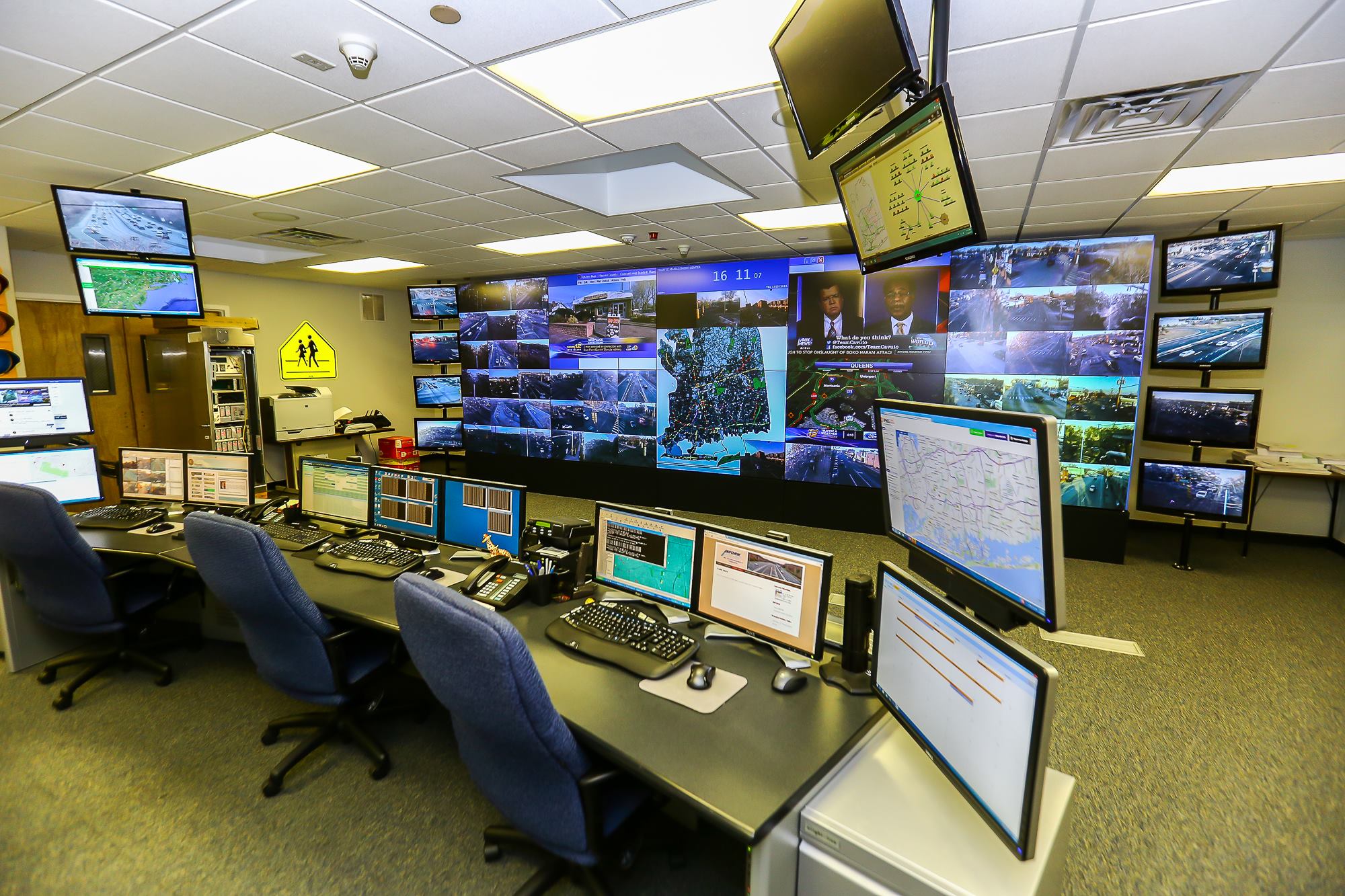