A 49-acre complex centrally located in the "Hub" area just west of Nassau Coliseum and opposite the Long Island Children's and Aviation museums, Mitchel hosts a variety of local high school and collegiate athletic events, as well as local sports leagues. The facility includes a track and field stadium (nine lanes) with an oval containing a new synthetic field suitable for football, soccer lacrosse.

In addition, there are four fields available for softball and two for baseball; these fields can also be used for soccer, football or lacrosse. All fields require a permit for use (fee required). The public may use the track during times when no events are scheduled. Please call for information about facility availability. 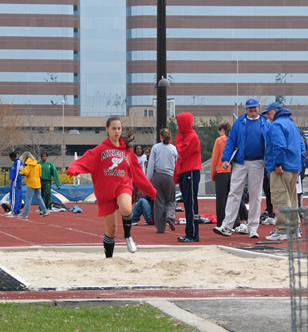 Duke University lacrosse coach John Danowski told Newsday that Mitchel's lacrosse field is the "best public venue around." Danowski, the former coach at Hofstra University, was at Mitchel Athletic Complex for a game between his team and Dartmouth University.

The 20th-century history of Mitchel tracks America's emergence as a world power. Beginning with World War I, the area in and around Mitchel served as a military base. This included the establishment of Camp Mills, which became the training ground for the 42nd Infantry Division. By the 1930s, Mitchel had become a major Army Air Corps base, while Long Island itself became a center of the fledgling aviation industry, led by manufacturers such as Grumman and Republic.

The military heritage of the area can still be seen in the surviving aircraft hangers and military buildings on the north side of Charles Lindbergh Boulevard by the Children's and Cradle of Aviation museums and Nassau Community College. Beginning the 1960s, the County assumed control of the property and over the next two decades began to create the recreational facilities that are enjoyed by the public today. In preparation for the 1998 Goodwill Games, which brought 1,500 athletes from 60 countries to Nassau County and New York City, the facility received an additional investment boost of $22 million that included renovation of the stadium and construction of the current field house and other athletic fields. 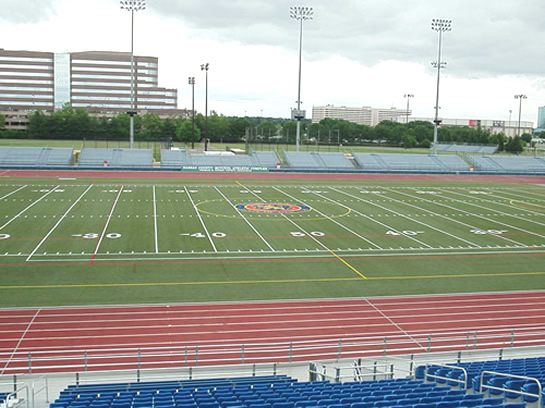