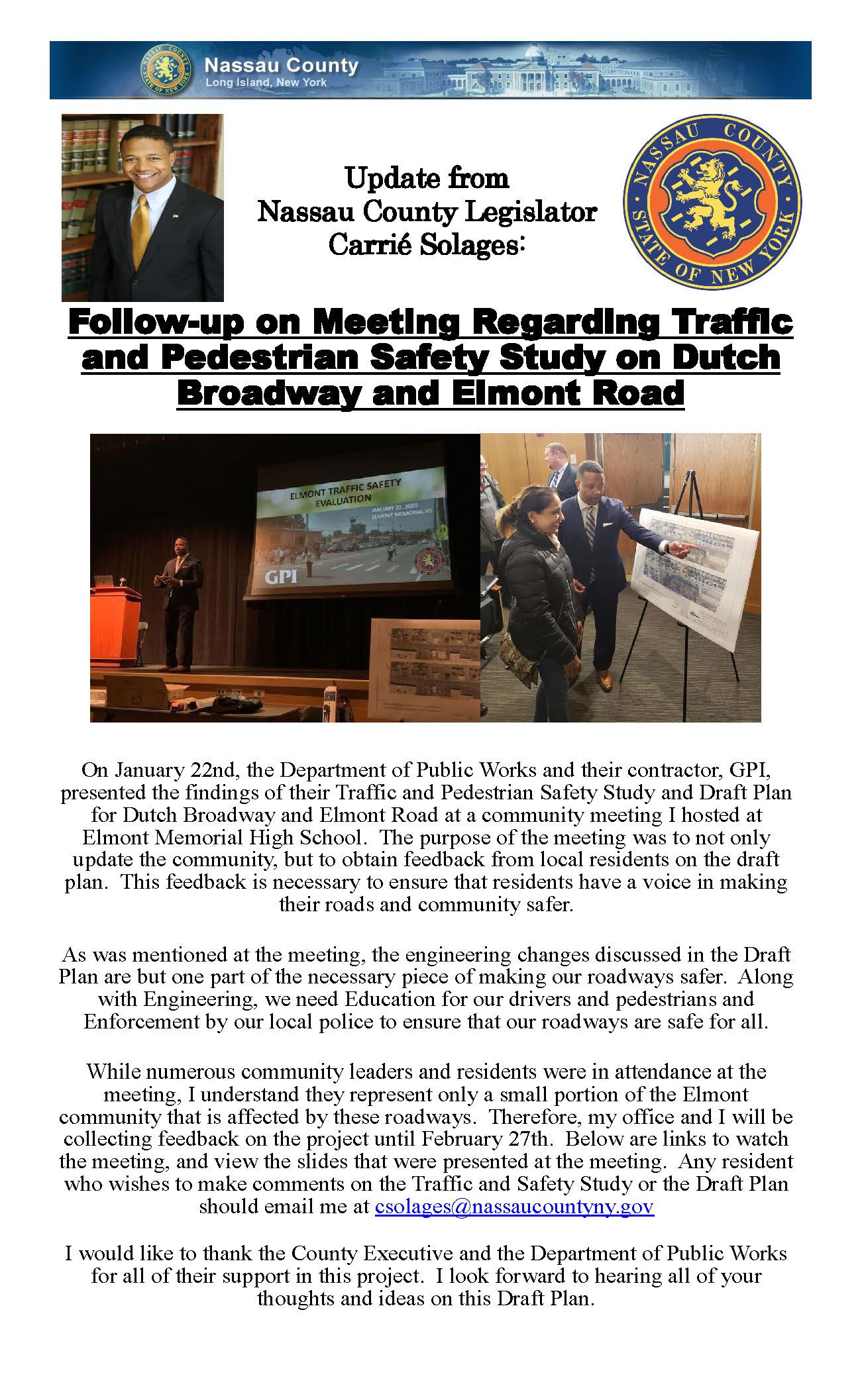 Click here to watch part one of the meeting

Click here to watch part two of the meeting

Auxiliary Police Officers must be 18 years of age, a Nassau County resident, a U.S. citizen and have a high school diploma or G.E.D. All applicants must also have a valid New York State driver’s license. A 36-session training course held at the Nassau County Police Academy must be completed. For additional information on becoming an Auxiliary Police Officer, please call (516) 573-5512 or email 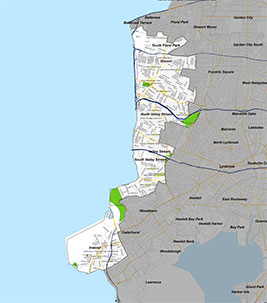 During his time in office, Legislator Solages has fought to ensure that the 3rd Legislative District remains strong and safe.  Following Super Storm Sandy, Legislator Solages worked tirelessly with LIPA to coordinate the restoration of power to the district.  When the County moved to cut the 5th Precinct of the Nassau County Police Department, Legislator Solages moved to mobilize the community against cuts in public safety, ultimately getting the 5th Precinct re-opened in April of 2015.  In late 2015, when both Inwood and Belmont Park were named as potential sites for a Video Lottery Terminal Casino, Legislator worked with both communities to defeat the proposals, and move the proposed Video Lottery Terminals to the existing casino at Aqueduct.

Legislator Solages has worked hard to provide events for residents of the community.  These events include “National Night Out Against Crime” to promote relationship between the community and the police,  a Health and Wellness Forum, Veterans Thank You Breakfast, a Spring Egg Hunt, Haitian Flag Day Celebration and Inwood Day.  Legislator Solages partners with sponsors, local businesses and county agencies to provide these free events for the residents of the community to attend, enjoy, and receive services.

During his tenure in office, Legislator Solages has kept his promise that he would bring access to government to his community.  Legislator Solages has brought access to the County government directly to his constituents through his office on Dutch Broadway in Elmont. His office has addressed hundreds of individual constituent concerns and educated constituents on important issues affecting the district, enabling residents to become part of the system and to believe that they can have an effect on their government.  Legislator Solages also works on bringing services to the community by hosting meetings throughout the district on topics such as public safety, mortgage foreclosure, breast health screenings, tax grievances and taxpayer assistance.

The constituents of the 3rd Legislative District rely heavily upon public transportation, and Legislator Solages has been on the forefront of advocacy for the rights of commuters to safe, affordable, and efficient public transport. Legislator Solages has remained critical of the privatization of the buses in Nassau County and has raised awareness of poor transportation service issues such as late buses, lack of proper training of drivers, and cuts to popular routes through community forums and panels, as well as through non-traditional platforms such as YouTube.  In early 2016, when NICE Bus proposed several route cuts, including the N2/N8 bus in Elmont and Valley Stream, Legislator Solages held Press Conferences and rallies with commuters, leading to a planned restoration of service in September, 2016.

Legislator Solages has also advocated for the hard-working people of his district against possible increases in sewer systems fees in light of the County's plan to privatize its sewer systems. Well before Super Storm Sandy derailed the County's plan to lease its’ sewer system, Legislator Solages informed and organized community leaders to understand the sale or lease of this important County asset and to understand its environmental and economic implications.

Legislator Solages, born and raised in Elmont, graduated from H. Frank Carey High School in Franklin Square.  He currently lives in Valley Stream.  He holds a Bachelor's Degree from Georgetown University’s School of Foreign Service and a Juris Doctor from Boston College Law School. Legislator Solages, a former Bronx Assistant District Attorney, has practiced law throughout the New York metropolitan area as a partner in his law firm, Solages & Solages. Prior to serving within the Legislature, Legislator Solages served as a Commissioner for the Nassau County Commission on Human Rights.